Welcome to Sarah Beth Aubrey’s Site! Listen to the audio below for an audio tour of the site! 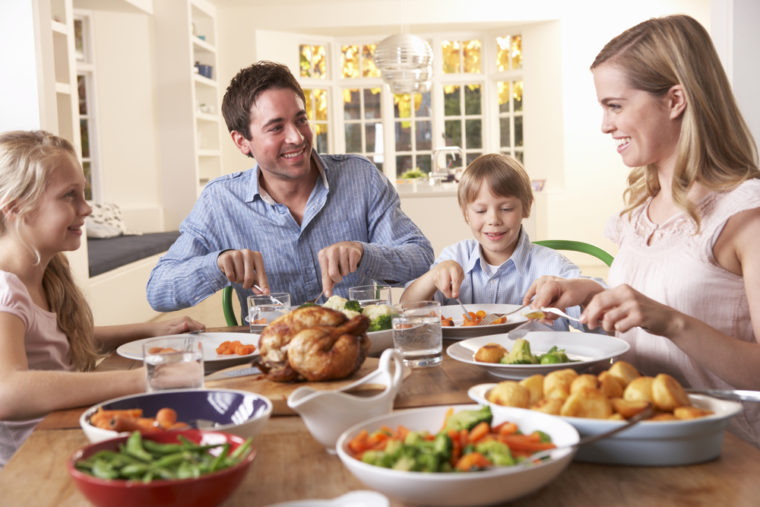 does methocarbamol I’m continuing my series on the Six Fundamental Shifts in Agriculture. After last week’s look at global markets, it only makes sense to point out the burgeoning effect of consumer preferences on our business, which is #4: Consumer Preferences, Perceptions, and Power.

sofosbuvir usp reference standard It’s nearly Thanksgiving, and are you dreading sitting across from a relative or guest that knows nothing about agriculture and spouts untruths? UGG. Or, has your niece (or daughter) gone away to school only to return, having decided that GMOs are the devil, meat consumption should be banned (unless created in a petri dish!), and almonds do make “milk”?

selegiline reviews dogs Sound like a horror story? It’s not. It’s a reality of which we are all painfully aware. But try to be objective: realize that every generation influences the kinds of food that are produced by creating more demand for some foods and less for others. Call it whatever you want, but don’t call it unimportant, because, with the power of the internet, the impact of changing food preferences is happening faster and faster and reaching more people than ever before.

lamictal and seroquel Even if we don’t consider ourselves in direct-to-consumer sales, consumer preferences matter, our customers—be they processors, millers, or packers—give tremendous weight to the emerging views of food consumers in the U.S. and around the world. We can be angry about this—in agriculture, we’ve spent a fair amount of time complaining that the rest of the population doesn’t “get what we do for them.” But, again, it doesn’t matter; we have to accept change if we hope to be in business in 2050.

go Looking forward, what’s the job that’s needed here? Is it an ag advocacy role that helps debunk ridiculous myths or educate consumers? Or does it just require strategically evaluating what we raise to take advantage of higher profits if something different than what we currently build is what people would instead buy?

That’s for you (and your next generation) to seriously figure out—it’s necessary to be ahead of the curve instead of lagging and fighting it.

ACT Like A Pro Out There!
Sarah Beth Aubrey

Please note: I reserve the right to delete comments that are offensive or off-topic.

I’m Sarah Beth Aubrey, an entrepreneur since 2003 that in 2015 founded A.C.T., Aubrey Coaching & Training, a performance-based leadership training and executive coaching firm. I’m also the creator of the ACT like a pro blog. I’m so glad you’re here visiting my site! I aim to make your time here worthwhile and maybe because you’re willing to learn a little about me, we’ll discover we’re a good fit to work together!
Click to Read More!

Click here to take the questionnaire to see if you are a good fit to work with Sarah.

There are no upcoming events at this time.

The Farm CEO Coach – The Base Coach  by Sarah Beth Aubrey

Sarah Beth Aubrey featured as one of the members of IBJ’s 2013 class – Flashback: What is IBJ’s 2013 Forty Under 40 Class Doing Now? 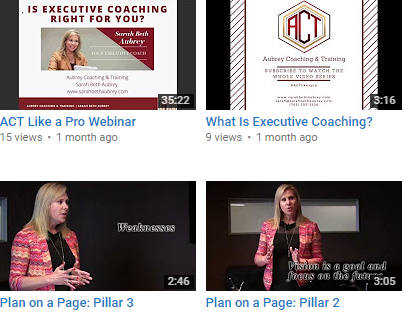 Do you know your strengths? 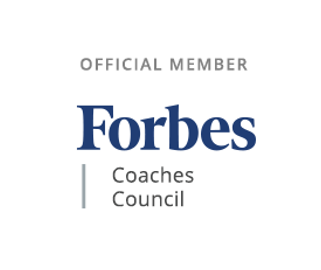 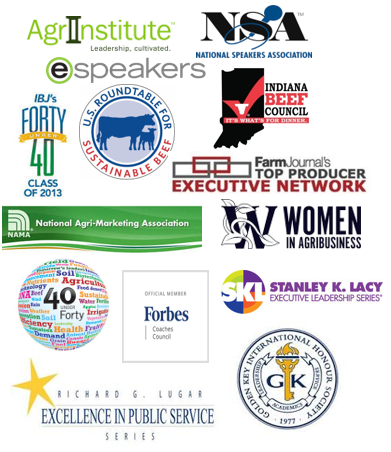 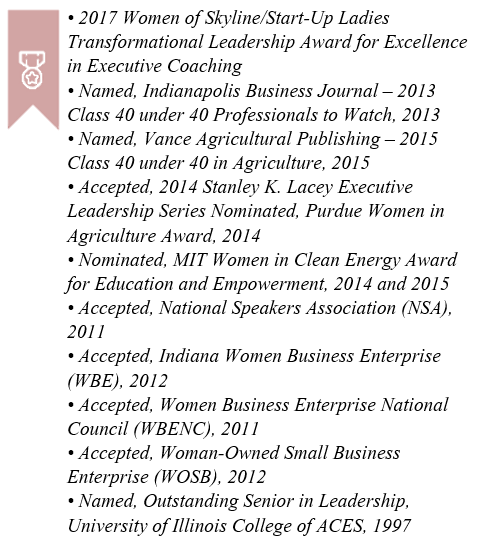 Click here to fill out a quick application form!